On 09-02-2013 (Labor Day), FALEO–San Diego held its 1st annual Bowling Social and Championship at Eastlake Tavern and Bowl.  Several families came out for the free bowling.  Several FALEO members came with their eyes set on the trophy that was provided by Eastlake Tavern and Bowl.  Children bowled during the first half of the day then it was the adults turn.  The competition would be fierce.

Jericho, Al, Greg, Arldwin, Jose, Jen, Ben, Teo, Marlon, Vince, Mandel, Eric, Jonathan, Brett, Lem, and Randy were just some of the bowlers who brought their skills that day.  Two games were bowled to make the final round of 6.  As their families cheered on, the final 6 bowlers (Jericho, Eric, Teo, Jonathan, Al, and Arldwin) bowled with the tenacity and ferociousness that would make even Earl Anthony proud (I’m sure the libations also helped…)

Alas, as in all competitions, there can only be one.  Teo came out of the smoke, victorious, with a final score of 200.  The trophy was awarded to Teo by our very own, Melissa Mecija from Channel 10 News.

A special thanks to Eastlake Tavern and Bowl Manager Bryant Villasin who provided us with the bowling lanes and free shoe rentals.  Also thanks to FALEO – Los Angeles who also came down to participate in the event. 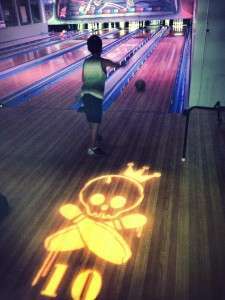 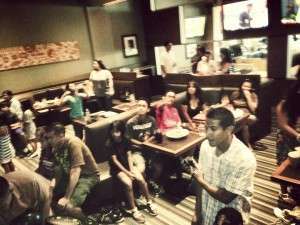 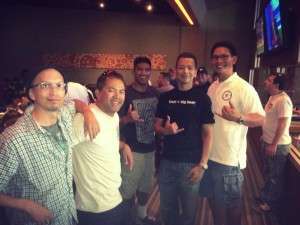 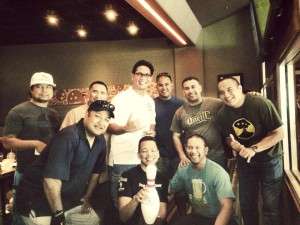 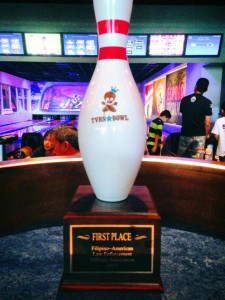 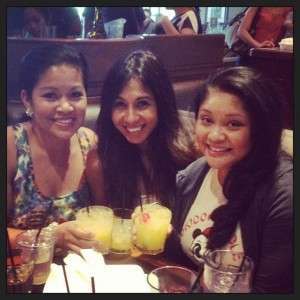 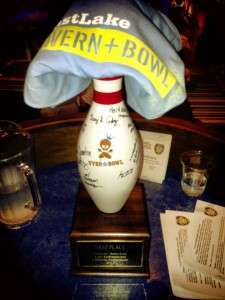 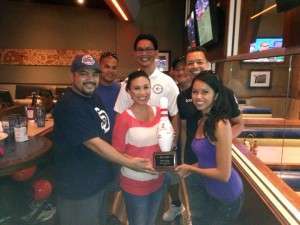 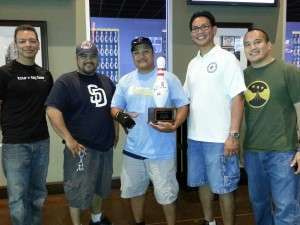 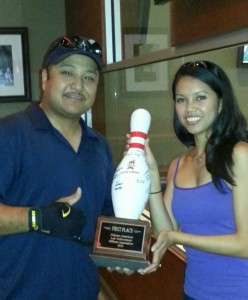